Donate to this blog

Error: Twitter did not respond. Please wait a few minutes and refresh this page. 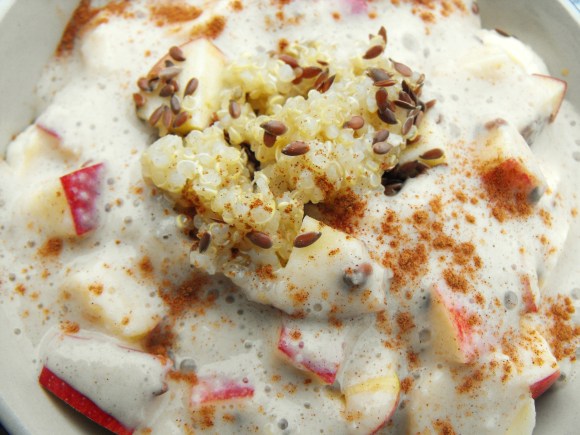 Okay, quinoa, we all love it right? That awesome iron filled, complete protein, heck its even got tones of calcium. Is there anything better to start your day with? I wont yap on about it too much, Im sure you’ve already heard all there is to know about quinoa and its awesomeness, cept maybe you don’t know its closely related to beets? Oh and because of its awesomeness NASA is apparently considering it as a crop for extra human long spaceflights, or that could be a load of rubbish?

Method:
Place the quinoa in a bowl, slice one of your bananas over the quinoa, along with the non peeled but diced apple, then break the other banana up into your blender and add the peeled apple, agave, soy and cinnamon  Blend until smooth and pour over the quinoa, sprinkle with linseed and a little extra cinnamon.

One thought on “Banana, Apple and Cinnamon Breakfast Quinoa Bowl.”